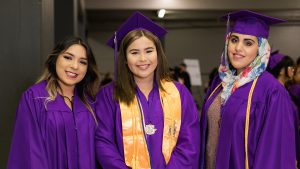 The school system for the most part is designed to raise and mould children into future employees and there’s absolutely nothing wrong with that. But if you want to be an employer, the ingredients you need is not taught in school on purpose.

The most important tool needed if you want to be an employee or an employer which should be included in the curricula is financial management.

The issue of money especially amongst young adults have long since been a topic of intense debate as research shows that most of them don’t know how to spend or manage money, which I believe the onus should be on the academic system to impart such knowledge in place of other not so useful courses.

Lack of understanding of how money works is the reason why we have many educated employees with decent wages but are still ‘poor’. The exacerbation of such ‘poverty’ is when they don’t know how to steer clear from purchasing liabilities, a trend that is common typically with educated people (or middle class as they are  normally referred).

Entrepreneurs and employees grapple with the same monetary issue to an extent but the former is hardwired to create a way if they fall into hard times, employees don’t which is why it is important to have some serious financial structure in place for when times get hard.

The cycle of most employees is pretty much standard, get paid-spend it-go back to earn some more-spend it again, in other words an employee is taught how to earn a living instead of creating one which ultimately means they will be working for the rest of their lives.

Solution to this problem is a sound education and I do not mean school, there’s a difference. Books and good audio teaching have changed lives including mine.