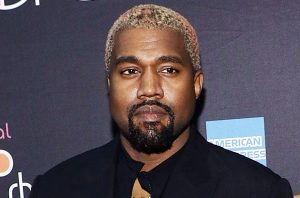 What makes this article interesting is not because of the usual mundane celebrity hoopla. It is very informative for those who inspire to one day quit active labour where we sell our time for money to a more passive one where our assets work for us.

Forbes just released the annual survey of highest paid celebrities in 2019 and one thing that sure caught my attention is the fact that Kanye West, for the very first time was ranked number three behind Taylor Swift (an artiste Kanye made famous), and Kylie Jenner (Kanye’s sister in law).

How did that even happened for someone who has not put out a record in two years and have not left Calabasas mansion to go on tour in five. Plus, he is always in the news for all the wrong reasons not to mention his mental health condition that has exacerbated in recent years.

How did he achieve such feat for the first time ever, something he couldn’t in him prime at the hottest Hip Hop artiste of that era?

The simple answer is his Yeezy shoe line.

Yeezy collection on Adidas platform did $1.5 billion in sales that paid Kanye West 10% dividend, earning him a pre-tax profit of $150 million. His other investments were not factored in as his shoe collection alone  was enough to crown him the Numero Uno in Hip Hop.

So when Messi was busy honing his talent on the football pitch or Jay Z looking for the next act to sign to his label and Drake looking for his next hit to maintain his relevance in the industry, Kanye West let his assets do all the work.

The moral of the story is, it is never to late to start investing. Ownership (even if it is only a percentage) is the only true way to acquiring real wealth.

Working as an employee where we are paid just enough to stop us from quitting and where we work hard enough not to get fired should not be all we have going for us, at some point in our lives it will be nice to put ourselves in a position of financial freedom.