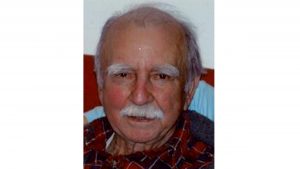 Ronald Read passed away June 14th 2014 as a janitor in a local JC Penny at the ripe age of 92. Friends and family were astounded he bequeathed a little over $5 million to a local hospital and over $3 million to his family.

He did not win the lottery and neither did he have a rich inheritance himself, his strategy was careful planing and taking advantage of compound interest.

At his job, he made a little over $10 per hour but majority of his wealth came from investments he started and held on to for over 40 years prior to his death.

Read served during World War II, After the war, he worked at a gas station for more that 25 years before joining the local departmental store (equivalent to U.K’s Primark) mopping floors.

The inspiration from this story is one that we can all learn from, it does not matter what your line of work is or how much you earn, you can be anything you want to be if you posses the belief that you can, knowledge of how to, and the guts to action both.

Chris Hogan, the author of Everyday Millionaire laid out a detailed yet concise map of how anyone, like Ronald Read, can create their intersections to success using compound interest.