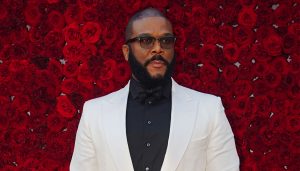 If you do not believe in dreams then this article is not for you. But, If you do then Tyler Perry is an exemplar of a young black man who bought the army base where they fought to keep blacks as slaves, then turn it into one of the biggest film studios in America with $1 billion in revenue. The same man Hollywood shut their doors to some 20 years ago.

The grand opening of the 330 acres (200 football stadia or stadiums) Tyler Perry Studio last week saw black heavyweights from the entertainment industry and other political figures in attendance.

The historic movie studio complex he built on purpose in the poorest part of Atlanta, Georgia comes complete with 12 state of art sound stages named after black icons of Hollywood.

What is more of a motivation is how one black man stood up to Hollywood when he was at his lowest ebb looking for a job and no one would hire him. He decided that since he could not seat at their table, he went to build his own.

In the process of creating his legacy, Mr Perry lost everything and slept in his car for years. When he spent all he had to shoot his first play, nobody showed up but he never gave up until his breakthrough came when his Madea play took off in 1997.

When he made it, he took his people with him. He gave Idris Elba his first shot when Hollywood didn’t care, Taraji P. Henson and Cicely Tyson among others all benefited from his generosity and the lane he has paved for others to emulate. 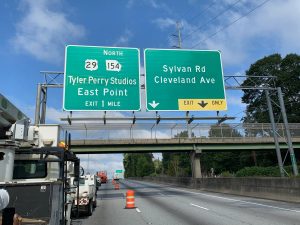 I am sure there’s no better feeling than driving to work and you see your name on a major highway signage directing commuters to your establishment which seats atop as the biggest black owned major movie studio in the world.

Buying up the place built by your enslaved ancestors for their slave masters, where they plotted to keep the same slaves who built it enslaved is the my true definition of black excellence, power and the ultimate boss move anyone could make.

So for that I congratulate Mr Perry for been an inspiration to me and many others.

Below is a official tour of the enormous film studio.

In a ceremony that banned the use of photos and filming, Ava Duvernay smuggled her phone inside to give us an unedited tour HERE