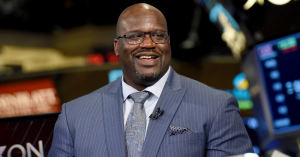 One of our black British audience told me that whenever he needs inspiration to further his dreams, he looks up to black entrepreneurs in America as there’s none in Britain with a major impact that the young aspiring talents can emulate. I did a little bit of research and he was dead on the money.

Don’t get it wrong, there are black millionaires in Britain but they are mostly known for a specific field or as active sports and entertainment stars. But, what they do after their careers are over is practically unknown or perhaps not documented well enough. A couple of endorsements here and there or maybe a TV pundit at the very most is what is made public, no serious mover or shaker from the black community is heard of.

Unlike in the U.K., black corporate entrepreneurial ethics is an embedded mindset among ethnic minorities and none other exemplifies this mantra than Shaquille Rashaun O’Neil.

O’Neil is one of many generational wealth building black entrepreneurs in the United States, something that is quite rare in Europe.

The Real Business website published an article in Black History month of last year claiming that black business contributed £25 to £30 billion into the economy in 2015, these figures are a little far fetched considering most (if not nearly all) of the major businesses are owned and controlled by white Britain.

Schools and Youth Community Centers should encourage entrepreneurship in all communities especially ethnic minorities’, no matter how small. Government incentives to increase motivation will also be required as it is not easy to start up a business let alone maintain many.