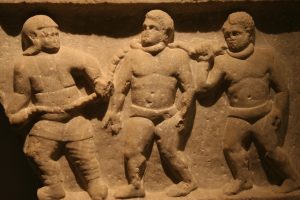 Slavery did some things that cannot be undone like family ties that were seceded from their motherland. But, few (especially the millennial) don’t know why it happened and the mechanics behind it.

Even I struggled with thought of what could propel a human being to do onto another human some of the things I read, so I went in to do some research and what I found was enlightening. The enthralling and yet indelible era in history was brought to light by The late Dr Myles Munroe.

Dr Munroe and his wife died when his private jet crashed on the 9th of November 2014, many conspiracy theorist believed he was killed. This theory is not far fetched when you put into perspective as history have consistently shown, that people are silenced for what they know hence ignorance as they say is bliss.

Many books have been written about this but none could quite unravel it like the Bahamian minister did in a seminar many believe to be arguably his last before he met his untimely passing.

In this seminar, he pointed out proven facts of  the ancient Greeks’s belief system that were adopted by the Romans which became the bedrock slavery. Although these beliefs were designed to enhance what they believed to be leadership qualities, it is imperative to note these beliefs propagated by Socrates and Aristotle also outlined those who were not fit to be leaders.

Leadership is a product of natural endowment. These philosophers believed if you were not born without certain characteristics and endowment that you were born to be a slave.

Leadership is a product of birth traits. They also believed specific birth traits determined you are either in the ruling or serving class. Some of the vital traits to possess if you are to be considered among the ruling tier are thin lips, light pigmentation, pointed nose and blue eyes.

Leadership is chosen by God based on these traits.  Although slavery has been abolished for a long time now, vestiges of these beliefs still lingers and sadly enough passed down from generations.

Many still believe in these old Greek teachings like the Golden Ratio article that ‘scientifically proved’  Bella Hadid to be the most beautiful woman in the world. In any walk of life that requires leadership today, Caucasians which have all the traits derived from the Greeks is overwhelmingly the majority. While humble jobs that require some form of servitude are densely populated by Afro descendants.

Dr Munroe explained in depth how these beliefs are still going on to this day and how they help proposition the negative perception of those who were born to the “serving class”.

The video is truly a treasure to keep.