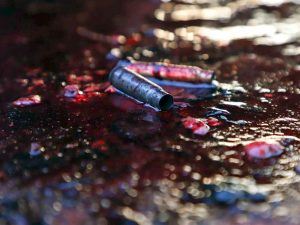 Eduardo probably died with the first two bullets, 153 more shots after that is most definitely to send a message. These barbaric attacks has spiralled out of control in Sinaloa, one would wonder if the Mexican authorities have the gumption to do anything about this.

CCTV showed the attackers pulled up next to officer Eduardo’s white Nissan in a shopping outlet’s car park, before getting out and pelting the officer’s car in a hail of bullets, a horrific attack that lasted 30 seconds. 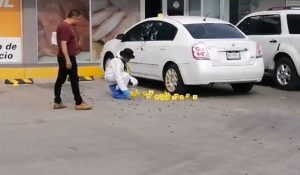 Ovidio Guzman, the son of  Sinaloa Cartel billionaire leader Joaquin “El Chapo” Guzman, was initially captured but, the government was forced to release him due to the onslaught of killings that ensued after his arrest. This is a true testament that although El Chapo maybe locked away in the U.S., he is perhaps still very much in charge. 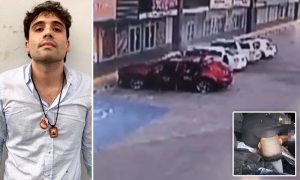 Mexico’s president, Mr Obrador, said the decision to set free the drug baron’s son was “the right thing to do“.

Trepidation such as the president’s is the is the reason why many more innocent lives especially those sworn to serve and protect will be lost.

Family and friends of the slain officer will sorely miss their brave soldier.