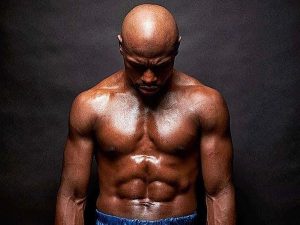 There are only three athletes in history to have made $1 billion in revenue playing sports, the first is Michael Jordan, then Tiger Woods and lastly Floyd ‘Money’ Mayweather.To help understand his extreme level of resources, In 2017 Floyd earned way more than Lebron James, Cristiano Ronaldo and Lionel Messi combined. So why would some would someone of Mayweather’s calibre want to come out of retirement again?

Two days ago, the money man posted a picture on Instagram of his amazing physique for a 42 year old with the caption “Coming out of retirement in 2020” which went viral almost instantly.

One would have thought he doesn’t need need money considering what he has earned, then again I don’t think boxing is a sport one loves doing as a hubby unlike golf or football. I don’t think anyone in their right mind would enjoy getting punched at that age for the fun of it.

The only thing that comes to mind is boredom associated with retirement, or maybe he is going broke due to his perilous spending habit.

Mayweather does not need fame, as the lack of is cited as the main reason people would do anything to get in front of the camera. The fear of “irrelevance” is particularly common amongst famous people as well, thought of been tagged a “has been” or “washed up” is an idea I am sure no celebrity want to hear.

Hopefully Mayweather may have a re-think, I believe he is going to ruin his unblemished record if he does not know hoe to quit for good.