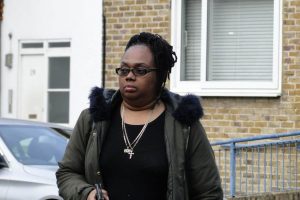 It is a common knowledge that one of the reasons why it is customary to register the death of a British citizen is to stop any future pension payments, and to see what has been bequeathed so the taxman can get their share also known as inheritance tax.

Failure to do so is perceived to be a fraud or tax evasion depending on the circumstance involved.

In the case of 46 year old Hilary Wilson, a school clerical assistant from Brixton whose smooth “side hustle” could only have been divulged by someone she trusted, not reporting her mother’s death for eight years is obviously fraudulent.

The interpretation of such act is seen as trying defrauding tax payers, even though her late mother perhaps worked hard for that money, not to mention the colossal amount of £77,000 Ms Wilson pocketed.

Sam Barker, prosecuting, told the court: “It is £77,000 she is not entitled to. She dishonestly received a benefit she was never entitled to.”

Hilary Wilson’s lawyer said she was the only breadwinner in the household after her husband died. The court was told “she has a daughter, 24, and a son, 10, who both have health problems”. An infantile excuse to not register the dead I might add.

Judge Ian Darling told Wilson: “You have been very dishonest, but in circumstances that mitigate that dishonesty.”

Wilson was sentenced to 15 months in prison, ­suspended for two years and was ordered to complete 120 hours of community service.

She must also complete 15 days of rehabilitation and the DWP will make deductions from benefits she receives for herself rather than pursue full confiscation.