A man once told me social media has put more people in jail than the FBI. While I find it hard to believe, the case of  Arlando Henderson further supports his hypothesis on why ‘self snitching’ is pretty much solving cases to the point where the police don’t have to do much these days.

Back in the day when a crime occurred, it involved lengthy investigation and questionings as authorities are physically on the ground collating evidence.

These days all they have to do is log on to social media, and many a time the case pretty much solves itself.

Henderson deserves the award for the donkey of the year for thinking he could steal from the Wells Fargo, the bank who hired his services to cash cheques and operate customers’ daily transaction. Why he is even more deserving of the award is to think that he could get away with it. 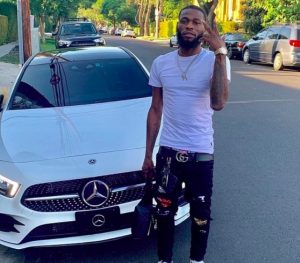 Two months into his new job in June, Henderson started pilfering small amounts from customers savings. At the height of his crime in the month of July, he stole $13,000 in a single day.

What was most interesting is he could not help showcasing his ill gotten gains on social media with the caption “I make it look easy but this sh!t is really a process” 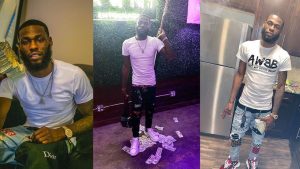 Henderson who put down $20,000 cash for a new A-class Mercedes took to Instagram to show off his car with the A.W.B.B (Ain’t With Been Broke) emblazoned on his t-shirt.

The Charlotte, North Carolina native is now apprehended by the FBI and his day in court is not yet scheduled.