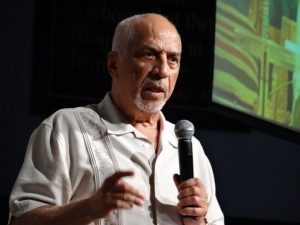 Let that marinate as we unpack the wise teachings of perhaps one of the last living pioneers of black awareness and educator.

As a man or woman of African diaspora, there are certain names that should not need introduction  in the 21st century. If you don’t know who Dr. Claude Anderson is by now, or have not read any of his books, then you need some serious ‘waking up’ to do.

The book Black Labour, White Wealth by Dr Anderson helped me understand that 90% of the world’s wealth are owned by whites, 87 % of it locked in and cannot leave the community. Areas which they use to control these wealth (using black labor of course) are the five most essential pillars that control human existence.

The usurp of free black labor by means of slavery that has transcended to this day have not only built wealth for whites but also help facilitated control of black people as a collective.

Blacks cannot compete, at least not in this life time. But, we can at least become economically viable by first creating a community according to Dr. Anderson. Within our community, we must create what he referred to as the five PowerNomics Empowerment Floors.

Floor 2- Politics & Voting: With the wealth created on the first floor, use it to control politics and influence politicians to pass legislation that favor the black community. If you do not have lobbying money, no politician or lawmaker will care for you.  Conversely, cigarettes is a major cause of cancer, ever wondered why it hasn’t been banned yet? Billionaires and multi-national companies control laws of any country, not the ordinary citizens’ vote.

Floor 3- Courts & Police: With the power that comes from buying and selling politicians on the second floor, use it to control the police and court system, perfect example is to build and donate court houses.

Floor 4- Print & Digital Media: This the second most important floor after the floor one’s (Community Economy). If you saw a Muslim man in full traditional attire about to board a flight, what do you think is the first thing that comes to some people’s mind, however wrong it might be? When you see a young black teenager with a hoodie worn, walking into the a shop, what do you think is the first impression on some people’s mind, even if the boy has just gained admission to Oxford university or an Ivy league college? This is the power of media.

Floor 5- Schools & Skills: Ever wondered why the school system teach students 90% of what they don’t need or will never use? It is because the schools is more of a business entity to prepare the young to become employees the government and billionaires that invested in building the schools in the first place. Thus, everything from the curricula and what the teachers can and cannot teach is heavily controlled.

Dr Claude Anderson’s library pack is available for a mere $99. There are so many golden nuggets in this pack which cannot find in any formal education platform.