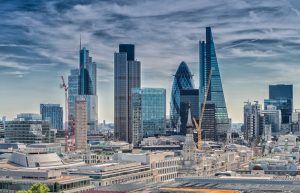 Even the very wealthy are not immune to the harsh reality of the Corona virus outbreak that has consistently seen our standard of living plummeted mentally, physically and financially.

Forbes who are the most credible sources of keeping tally of the 1 %, have provided the latest figures of how the billionaires ‘coping’ thus far. And the numbers have gone down significantly.

The complied list still has Jeff Bezos at the top spot for the third year in a row despite the imploded global equity in the stock market.

Bill Gates still has the second spot with $98 billion net worth, Luxury Goods tycoon Bernard Arnault is third with $92 billion, Warren Buffet and Larry Ellison are fourth and fifth with $77 billion and $59 billion respectively.

The crisis has seen some gainer in the world’s richest pig breeder Qin Yinglin.

The billionaire pig farmer is No. 43 and worth $18.5 billion–a $14.2 billion jump since the 2019 list, after shares of his Shenzhen-listed Muyuan Foods nearly tripled as the African swine flu reduced the supply of pigs and drove up prices.

There is no black man or woman in the top 150 on the list as Aliko Dangote (Nigeria- $10 billion), Naseef Sawiris (Egypt- $8 billion) and Mike Adenuga ( Nigeria- $5.5 billion) hold the top three spots in the black community and diaspora across the globe.