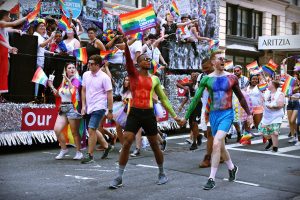 Since The New York Times published published an article alluding to reparations for LGBTQ community in June of this year, a vortex of opinions have been gaining momentum on the basis that if slavery deserves some form of redress, they do to.

So what is reparation and why should it be deemed important in this context?

Let’s take the black community to begin with. Going back to the days of slavery and vestiges that came as a result, calls have echoed for the Western states that took part in the trade of slaves to “give back” to the black community for what their ancestors went through. Most importantly how they were severed from their home land hundreds of years ago which has cost most people from African diaspora to lose their identity with no connections back to the mother land.

The LGBTQ plucked a leaf from the black community and have started to build a movement to ask for the same. Considering a lot of people from their community were humiliated and killed for just been themselves, which I think is fair if only both are on an even playing field.

Truth be told, they are not.

Since the abolition of slavery which (on paper) put an end to segregation, blacks have not been integrated into the society the same way LGBTQ has.

Desegregation is lawfully abolished but the benefits are not reflecting equally. LGBTQ run most of the big business and are heads of most of the major corporations. There’s hardly any power broker, mover and shaker in all facets of life that a member of the Gay community is not present.

Unlike before, it is so cool now to be gay to the point that “coming out”, especially if you are in the public eye, can triple your net worth. The LGBTQ community is so powerful now that they are pushing for gender fluidity where in the near future it will be illegal to identify anyone by their sex or gender, some airports have scrapped gender signs on toilets to pledge their support for the community.

Gay Parade are now celebrated worldwide with with colors from all walks of life, this is the polar opposite of what blacks are still going through after 155 years since the abolition of slavery. 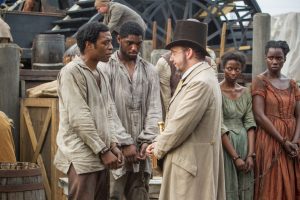 Not a lot has changed since. Albeit we are desegregated but you hardly see black owners of a major corporation, their surname and addresses still get job application rejected, Black Lives Matter is deemed a terrorist organisation to the point that calls to replace the Black with All is welcomed by many, forget about blacks trying to organize “Slavery Parade” or anything similar.

It will be a good and dignified thing to be compensated, given the history behind the horrendous events that took place in both communities. But given the way LGBTQ have been accepted (as they should), the black community deserves the same before we can even discuss reparations. The reparations to the black community if given must NOT be monetary, only assets because it is easy not to build anything of value with the former.