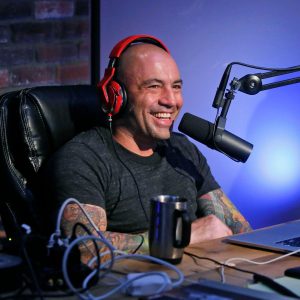 Podcasting has been quite prevalent on Youtube, a platform where anyone with a microphone and sometimes a camera, can control their opinionated narrative however they see fit. But, I never thought I would see the day podcasters would be on the same pay grade as top tier athletes.

Considering how easy it is to start from the comfort of your bedroom, Podcasting has since changed the trajectory of how the public consume information from the standardized monopoly created by television and radio of the past.

Thanks to the power of the internet, millennial millionaires have been created through vlogs, blogs and other content creator sources.

Joe Rogan took it a notch farther after the announcement of his $100 million dollar deal from Youtube to Spotify two days ago.

So what does this move mean for the culture of content creators?

Dream bigger and believe anything is possible to the millions of podcasters around the world who still depend on adverts and sponsorship deals.

Aside from the Mr Rogan becoming mega wealthy, the real winner in this partnership is none other than Spotify.

Signing Rogan’s exclusive contents for nine figures may seem like a lot of money, but to Spotify it is a game of chess against its competition.

Spotify has earned over $4 billion in two days since the announcement as share prices soared through the roof.

As Patrick Bet-David predicts, it will not be an anomaly to see the first billion dollar podcaster in the nearest future.